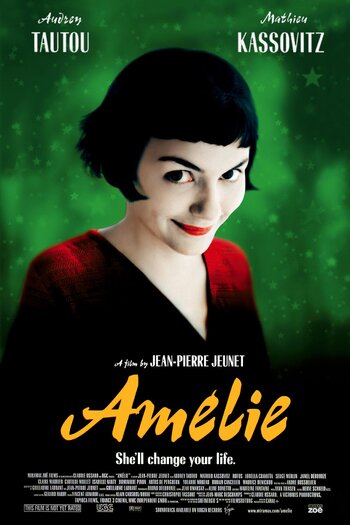 The plot follows Amélie Poulain, a lonely young Parisian waitress with simple pleasures, as she decides to become a sort of guardian angel to those around her: reuniting a stranger with a box of his childhood treasures, gently prompting her retired father to follow his dreams of world travel, matchmaking café regulars, playing practical jokes on a greengrocer who's being cruel to his assistant, writing love letters to a woman whose husband left her, etc. During her adventures, she meets an odd young man named Nino Quincampoix, who we quickly realize is her soulmate — but she is too shy to make direct contact. She must find the courage to fix her own life as she's been fixing those of others.

In 2015, the film got a Broadway adaptation starring Phillipa Soo as the title character.