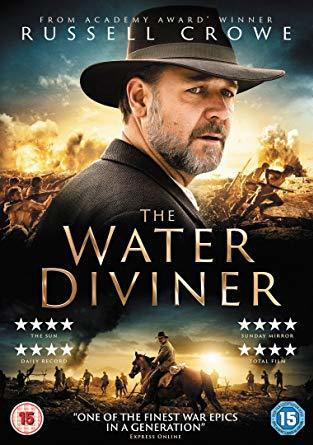 The Water Diviner is an Australian war movie / drama notable for being the first film directed by Russell Crowe.

Crowe stars as Connor, an Australian water diviner who travels to Turkey three years after the battle of Gallipoli to retrieve the bodies of his three sons who died there. Meeting with resistance from both the remaining ANZAC forces and the Turks, Connor finds himself learning more about the cost of the battle to all parties, and experiencing life in Turkey.

The film also stars Olga Kurylenko, Jai Courtney, Isabel Lucas, Yılmaz Erdoğan, Ryan Corr, and Cem Yılmaz. The film premiered in Australia in December 2014. It was released in America in April 2015. It's also the final film by The Lord of the Rings series cinematographer Andrew Lesnie, who passed away not long after its completion.

Tropes Featured in The Water Diviner Include: