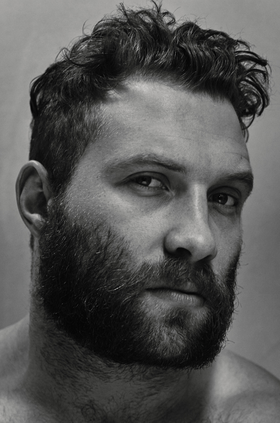 He is best known for his many roles in action films like Jack McClane Jr. in A Good Day to Die Hard, Kyle Reese in Terminator Genisys, and Eric Coulter in The Divergent Series. He also plays Captain Boomerang in the DC Extended Universe.

Also something of a Running Gag on Honest Trailers and CinemaSins due to continually being cast in major blockbusters despite a lack of critical or audience support and Dull Surprise acting abilities. The website Birth.Movies.Death joked about him for similar reasons, coining the phrase "#JaiBless," although the ironic support has turned into real support. Indeed, Courtney's reputation improved when people started to get a hint of him as a character actor rather than a leading man, causing some to claim the problem was his talents were being misused. Also helping to downplay backlash is he's been acting more in less mainstream projects as of late.