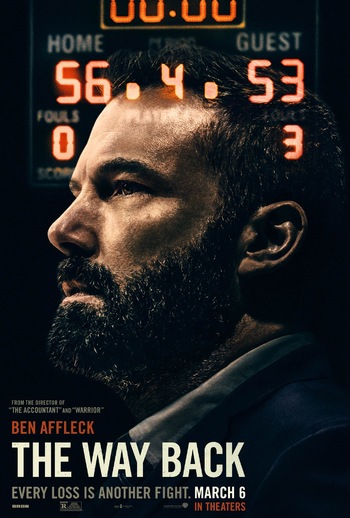 "I spent a lot of time hurting myself. I made a lot of bad decisions. I got a lot of regrets."
Advertisement:

Jack Cunningham (Affleck) is a former HS basketball phenom who's struggling with alcoholism. He is offered a coaching job at his alma mater. As the team starts to win, he may have a reason to confront his old demons. But will it be enough to set him on the road to redemption?