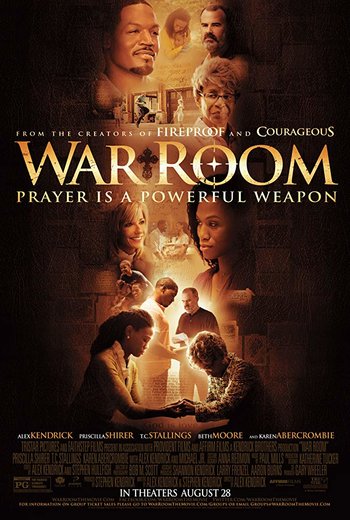 War Room is a 2015 Christian film directed by Alex Kendrick and written by himself and Stephen Kendrick.

In the film, T.J. and Elizabeth Jordan, respectively a pharmaceutical salesman and a real estate agent, are having trouble in their marriage, and their daughter Danielle is being ignored. During one of her visits to a house being put up on sale, Elizabeth encounters an old woman named Miss Clara, who sees the stress that Elizabeth is under and helps her to overcome it by having her develop her own "war room", a space where she could go by herself to pray to God so He could help restore her marriage by her submitting herself unto Him.