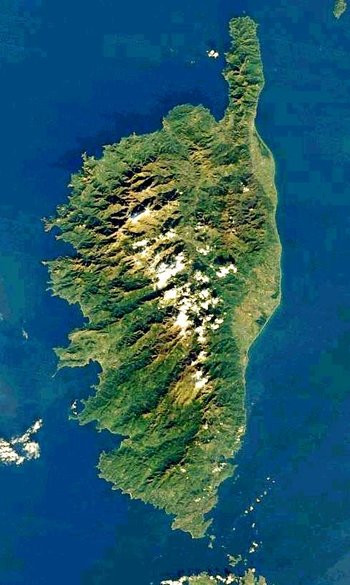 A French departement and island in the Mediterranean just north of the Italian island of Sardinia, Corsica is nicknamed Île de Beauté (Isle of Beauty). Occupied by various countries and briefly becoming independent in 1735, it finally came under French rule in 1769, and was briefly occupied by the British several times before permanently becoming part of France. Germans and Italians also occupied it during World War II, and it ended up the first liberated French territory in 1943. Quite infamously, the Tour de France went through Corsica only once, in 2013 (the sport event exists since 1903), due to the logistics involved.

The island is most well-known as the birthplace of Napoléon Bonaparte, one of the greatest military commanders in history, who built an indissoluble link between the island and the rest of France. The island is also known for the nationalism of its natives, with calls for greater autonomy and protection for Corsican culture and the Corsican language becoming a feature of its politics, and several groups carrying out campaigns of violence to that end.

Corsica is also known for its music, with a strong polyphonic choral tradition.

A bandera Corsa, the Corsican flag 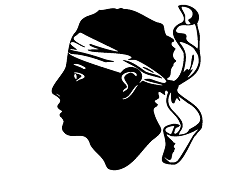