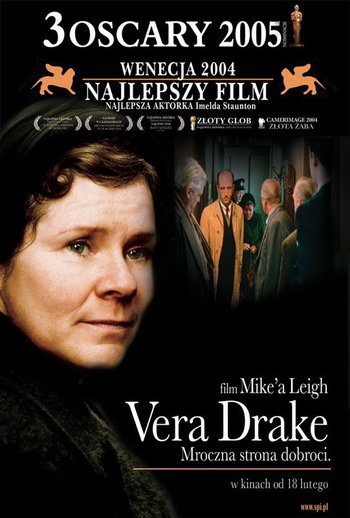 Vera Drake is a 2004 British drama film written and directed by Mike Leigh, starring Imelda Staunton and Richard Graham. It tells the story of a working-class woman in England who performs secret abortions in the 1950s, when abortion was still illegal.