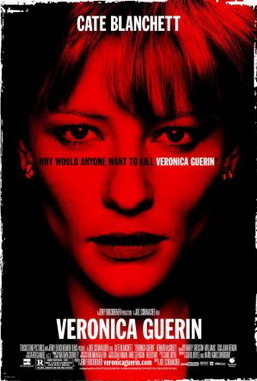 Veronica Guerin is a 2003 Irish biographical crime film directed by Joel Schumacher and starring Cate Blanchett in the title role. The film focuses on Irish journalist Veronica Guerin, whose investigation into the drug trade in Dublin led to her murder in 26 June 1996 by drug lords, an event which helped establish the Criminal Assets Bureau.