Film / Under the Tuscan Sun 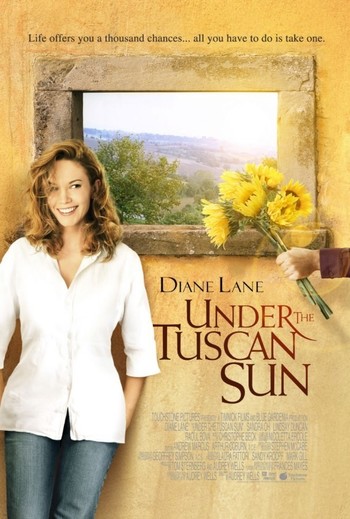 Under the Tuscan Sun is a 2003 Chick Flick adapted from Frances Mayes' memoir of the same name, directed by Audrey Wells and starring Diane Lane.

Frances is an author who is happy one day, then finds out her husband is cheating on her and soon ends up divorced and living in a sad little apartment. She finds this situation intolerable, so when her best friend invites her to go on a vacation to Europe, she accepts. While there, she buys a giant villa in Tuscany (of course) on a whim, and spends the rest of the movie fixing it and her life up.