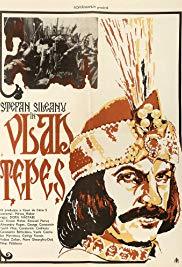 Vlad Țepeș is a 1979 Romanian Epic Film and Biopic of Vlad the Impaler.

It begins with Vlad's coronation to the throne of Wallachia. Unfortunately, he could not have ascended at a worse time. The boyar nobility class is full of corruption and self-servingness, which has left the country in shambles due to their greed. Worse, the Ottoman Empire is on a path of conquest, has just sacked Constantinople and is coming for Wallachia. Only Vlad's iron will to do whatever needs to be done can bring Wallachia to glory.

Compare with The Great Warrior Skanderbeg which is another production made under the same time period about an contemporary figure to Vlad that also fought the Ottomans.