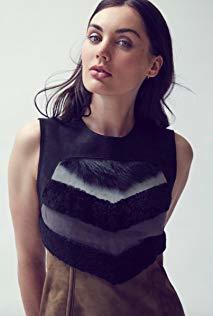 Poppy Corby-Tuech (born 1987) is an English-French actress and musician.

She was a keyboardist for the Post-punk/electro band White Rose Movement from 2008 to 2010 before she went into acting. Since then, she has appeared in the film Dracula: The Dark Prince and shows such as Silent Witness, The Royals and Harlots. Her most high profile role to date is Vinda Rosier (Big Bad Grindelwald's right hand woman) in the Fantastic Beasts film series.