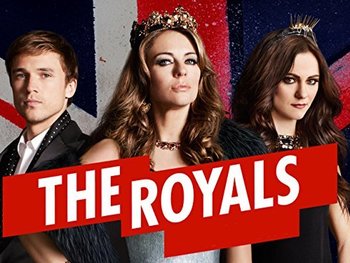 The Royals is an American television drama series that premiered on E! on March 15, 2015 and ran for three seasons, ending in 2018. Created by Mark Schwahn (One Tree Hill) and starring Elizabeth Hurley, it is the network's first scripted series. The show is a loose adaptation of the Michelle Ray novel Falling for Hamlet. Although shot in England, it was dropped from E! UK after season two.

The Royal Family is a collection of scheming, backstabbing, spoiled, and worthless layabouts constantly mired in scandal - so much so that when his eldest son Robert apparently dies in a military training accident, King Simon decides to abolish the monarchy and end their stain on British honor.

The show was cancelled in August of 2018.