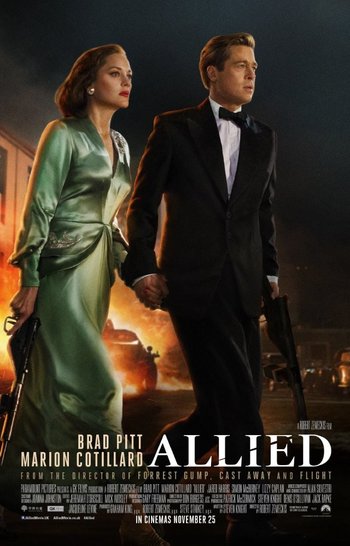 Royal Canadian Air Force intelligence officer Max Vatan (Pitt) and French resistance fighter Marianne Beauséjou (Cotillard) fall in love on a mission in Casablanca and get married in London. But Marianne is accused of being a German spy impersonating Beauséjou, and Max must either prove her innocence or execute her.

Allied provides examples of the following: