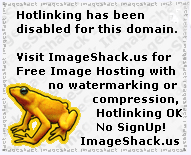 On the Internet, there are a bunch of cool images. Most people are fine if they are spread and displayed, should the proper permissions and bandwidth be in play.

However, there are those (commonly called "leechers") who display images on their site directly taken from another "Hotlinked" or "Inline Linked", using the other site's bandwidth without permission for their own purposes. Of course, when the home site find this out, it's quite easy to change the image to something else. Hilarity Ensues. Usually it's just changed to a warning against using images/bandwidth without permission, but sometimes, snarky pranks or Shock Site images ensue.

Another variant is to detect people running ad blockers in their browsers and either guilt-trip users into disabling them or signing up for a subscription if the site offers one.

This is why we have the Media Uploader.