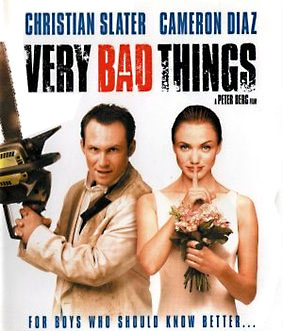 Kyle Fisher (Favreau), days away from his wedding, welcomes his bachelor party weekend as a chance to break free from his Bridezilla fiancée Laura (Diaz). Along with his best friend Charles (Orser), his friends Michael (Piven) and Boyd (Slater), and Michael's brother Adam (Stern), they celebrate in a Las Vegas hotel room, complete with drinking, drugs, and a stripper (Tai).

However, trouble begins when Michael accidentally kills the stripper in the hotel bathroom. When a security guard finds her body, he threatens to call the police but is killed by Boyd. Boyd takes charge of the group and devises a plan to dispose of the bodies by burying them in the desert. Everyone grudgingly goes through with the plan, but soon guilt and nerves begin to destroy the group.