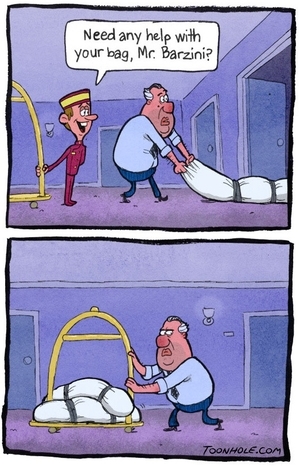 Captain Stottlemeyer: C'mon, Monk, are you sure about this? You've got him killing old ladies, dogs, and bums. What is he, some kind of a Serial Killer?
Adrian Monk: He's just a man who wants to get away with murder. The sad thing is, he has to keep killing to do it.
— Mr Monk Goes To The Firehouse
Advertisement:

Commonly seen in crime dramas, especially of the noirish variety, this occurs when a character or characters, having committed one crime, perhaps one not even that serious, must then commit another crime to cover up the first, and so on, leading to an escalating series of crimes set off by what may have originally been just an accident. A very common manifestation of this trope is in criminals eliminating witnesses to their crime.

If the character had just come clean at the beginning, he might have gotten off with a relatively light sentence. After a little while with this trope, he's looking at death row if he gets caught. Can be Truth in Television, though it usually takes the form of a Revealing Cover-Up (eg: being caught for tax evasion, perjury, or obstruction, rather than the original crime).

A tendency to encourage this is what makes All Crimes Are Equal a Very Bad Idea. Compare He Knows Too Much, "Fawlty Towers" Plot (this trope's much less dark, non-criminal counterpart), Jumping Off the Slippery Slope, Unintentionally Notorious Crime, and Serial Killings, Specific Target (the trope's much more deliberate and heinous cousin). Contrast Revealing Cover Up and Not the First Victim (the specific instant where a character learns that the villain has committed many more crimes and/or had more victims than they previously suspected). Compare and contrast Trial Run Crime. A major cause of Never One Murder and Plethora of Mistakes.