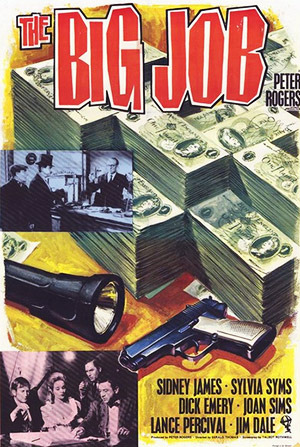 "The _____ Job" is a standard titling template for crime stories, especially caper stories. Often — though not always — the blank is filled in with the location where the crime is going to take place; as a result, the most common version of this is probably "The Bank Job".

Compare Mad Lib Thriller Title. May be used to title a Heist Episode.