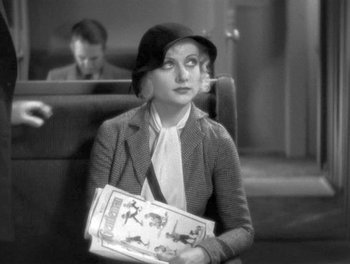 You can't kick this broad out of NYC.
Virtue (1932) is a Pre-Code era film directed by Edward Buzzell, starring Carole Lombard and Pat O’Brien.
Advertisement:

Mae (Lombard) is a New York City hooker who wants a change to her call-girl lifestyle. When she meets naïve cabbie Jimmy (O’Brien), he gives her another chance at life. They become friends and soon fall in love and get married, but Jimmy finds out about her past life and isn’t pleased. He decides to forget her past until events brings the subject back again.