The Convenient Store Next Door 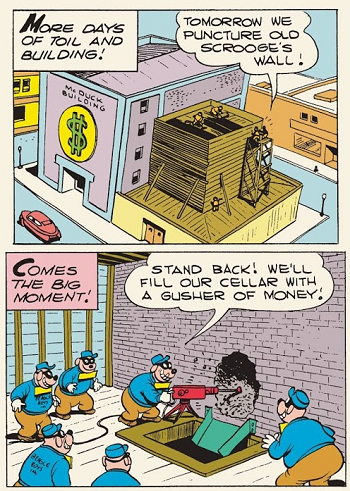 A stock plot in Caper movies, where some kind of store is right next to a bank or jewellery store criminals wish to rob, so they will rent that property for the purposes of tunnelling through to their target. Sometimes, in more humorous examples, the crooks actually become competent at their front business and will eventually pursue that legitimately in opposition to the Cut Lex Luthor a Check trope.