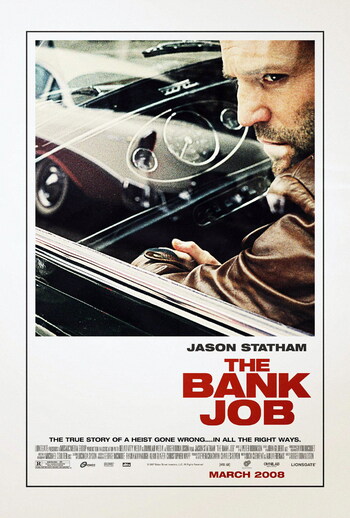 A 2008 British heist thriller directed by Roger Donaldson and Very Loosely Based on a True Story, namely the 1971 Baker Street bank robbery. It stars Jason Statham, Saffron Burrows, and Keeley Hawes, along with half the supporting actors in Britain.

Definitely not one for the kiddies.