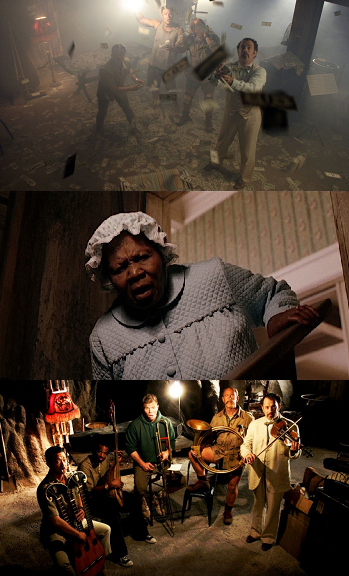 A character has a hobby or other leisure activity that actually hides their criminal activity. Often they're genuinely interested in the hobby, which lets them make money from doing what they like and avoid Bluff the Imposter questioning.

Compare Naughty Birdwatching (where astronomy and birdwatching equipment is used for a less noble purpose) and The Convenient Store Next Door (where the location that is used to perform said hobby is an important part of the criminal plan). Also see Embarrassing Cover Up and It's for a Book (if you're an amateur writer, some odd stuff is definitely going to end up in your search history). Related to Legitimate Businessmen's Social Club, where the front for crime is a more traditional business.