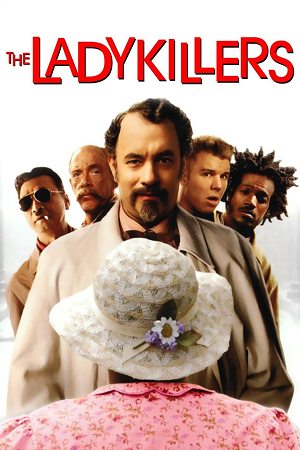 The Ladykillers (1955) was remade by The Coen Brothers in 2004, changing the base of operations to a house connected to a Mississippi riverboat's vault, and including a significant subplot about the old (now) black lady's ironic support of Bob Jones University. It also increases the violence far beyond what would have been acceptable when the original was made. It shares many tropes with the classic 1955 version. The remake's cast includes Tom Hanks (in a rare villainous role), Irma P. Hall, Marlon Wayans, J. K. Simmons, and Ryan Hurst.