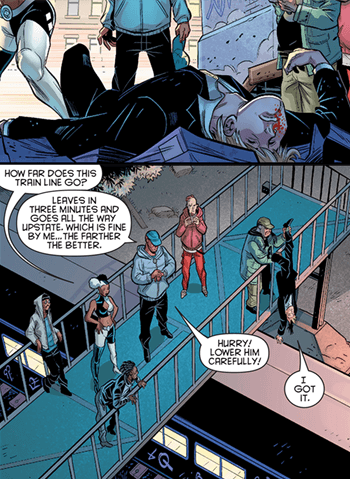 One method of getting rid of a body is to place it on top of a large vehicle (truck, train, etc.); either by accident or design. The vehicle carries the corpse away, until it is either discovered or falls off. The authorities then have the additional mystery of determining where the body came from and where the murder was originally committed, before they can solve the crime. It can involve Jurisdiction Friction if the body has crossed boundaries during its journey.

A Sub-Trope of Disposing of a Body.

Compare What a Drag if the body is dragged by the vehicle. See also Off Bridge, onto Vehicle.