I Can See My House from Here 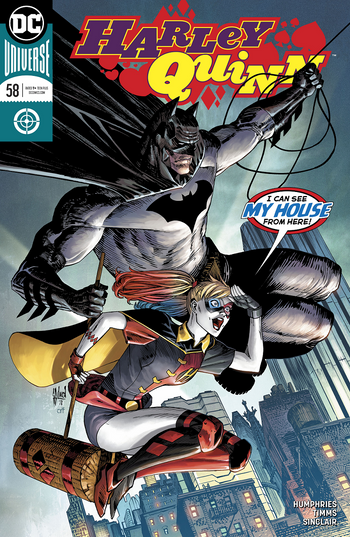 A Stock Phrase used by a character when they are extremely high up. Hardly ever played straight anymore. For added humor, the character may have been launched into the air, and some variation of this phrase will come drifting back to those left below.

A common subversion is "We're so high up they look like ants!" "They are ants, you idiot!"