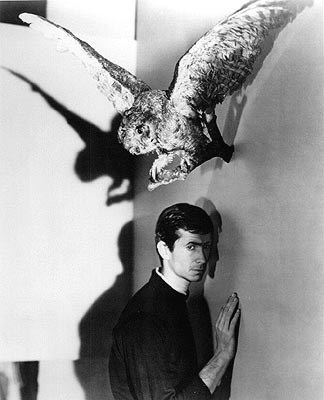 "You can't just fall into taxidermy, you've really got to want it. 'I wanna be a taxidermist! I wanna fill animals with sand! I wanna get more sand into an animal than anyone's ever got, I wanna fill a rat with the entire Gobi desert!'"
— Eddie Izzard, Glorious
Advertisement:

So you're moving into a new place, taking a break between boxes to meet the neighbors. The guy from Apartment 4 down the hall seems nice enough, but for some reason you can't quite put your finger on, you feel there's something off about him. Maybe it's the glassy-eyed menagerie of stuffed animals he keeps in his study. Or the fact that he prepared all of them himself, including his late dog.

This trope is when taxidermy is portrayed as an innocuous yet somehow sinister hobby that provides a handy shortcut for writers looking to establish a character as strange or unnerving. The taxidermy-enthusiast isn't necessarily evil, per se, but this hobby doesn't help to assuage anyone's fears. In this respect, compare the Creepy Mortician.

See Human Head on the Wall for when taxidermy is taken to its creepiest extreme.