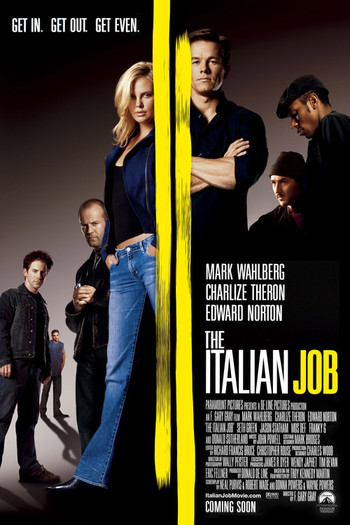 This film follows a motley crew of thieves who plan to steal gold from a former associate who double-crossed them. Despite the shared title, the plot and characters of this film differ from those of its source material, the 1969 British film; Gray described the film as "an homage to the original."

A sequel, The Brazilian Job, was reportedly been in development starting in 2004, but never escaped Development Hell. It is said that it was repurposed as Fast Five, the fifth film of The Fast and the Furious film series; interestingly, Gray would later direct the eighth film of the series, The Fate of the Furious, in which Theron and Statham also appear.