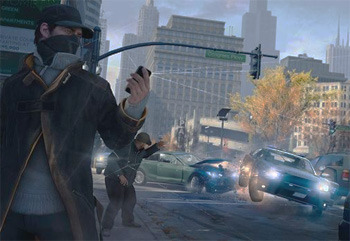 Traffic lights are extremely susceptible to being hacked in fiction. This can be done to show off a hacker's (or AI's) power, or for the more pragmatic reason of letting the hacker and his buddies make their escape via car while their pursuers are stuck in the resulting traffic jams. Bonus points if all the lights glow green (or any given colour), as opposed to, you know, the green ones.

A more dangerous variant is hacking the signals that coordinate train movements, or the warning lights where train tracks and roads intersect.