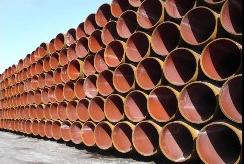 The thing you're using right now.

The Internet is a massive group of interconnected computers world-wide (including yours!) that allows users to send and receive various types of information, usually hypertext

). This technology has revolutionized all forms of media communication, from newspapers to movies to video-games. It's hard to find a business, industry, or art form without an Internet presence these days. And the Internet is gigantic, at over 1 billion websites and counting

, meaning you can get lost on sites like Wikipedia, Facebook, YouTube, and TV Tropes rather easily. There's also the seedy underbelly of the Internet, The Deep Web.

) as a way for The United States military to connect its distinct computer networks, the Internet was made public in the late 1980s. During the '90s, it started becoming mainstream and, by the turn of the millennium, the Internet became a cultural icon, representing a new era of global communication and technological advancement.

On a somewhat pedantic note, the Internet and the World Wide Web are not the same thing. The Internet is a very physical collection of computers, servers, routers, and the thousands of miles of cables and millions of wireless broadcast devices used to connect them all together. The Web is a system of interconnected hypertext documents hosted on countless servers around the world. To put it another way, the Internet connects computers, while the web connects ideas. It's easy to mix the two up, though, as the web accounts for the vast, vast majority of the traffic on the Internet, and most protocols that existed before the web, such as email and file transfer protocol, are now more often than not controlled through a web interface.

In the United States, nearly all consumers access the Internet through one of several major Internet Service Providers. These ISPs charge a monthly fee for a prescribed level of access, called bandwidth, with rates that vary from state-to-state. Outside of the United States, private companies still control most access to the Internet, but some countries have mandated free, public Internet access for use by the general population.

Tropes about the Internet: