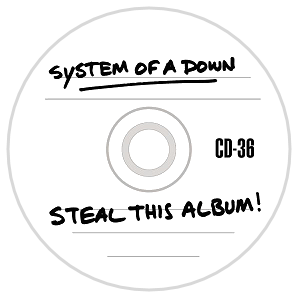 "... if you wanna record this song and you wanna put it on a world wide web — on the internet, so all your friends could listen to it - as long as you buy the album in September — we don't give a fuck, my friends!"
— Bruce Dickinson
Advertisement:

An inversion of Digital Piracy Is Evil, where downloading something not only doesn't mean you're a reprobate, but is actually encouraged by the artist. Compare Digital Distribution, for when they want you to download it but still expect you to pay for it.

Beyond evangelism, reasons for this attitude may include boosting coverage and/or market share, sales of complementary goods, nurturing fan-added value, or a dim view of copyright law.

See also Keep Circulating the Tapes and Information Wants to Be Free.

Abandonware is a related concept, where circulating obsolete software is given a pass because the market for it literally doesn't exist anymore.

(Only add examples where the creator of a work has endorsed piracy of their own product. This is not a forum for discussion about piracy.)