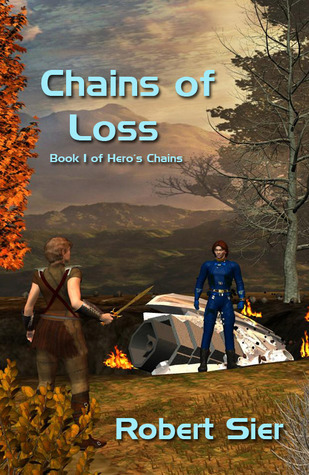 The first book, Chains of Loss, begins the tale of Derek, a naive cyborg of a 35th-century stellar colony who's yanked from his home by a manipulative precognitive who claims that she crashed his ship in hostile territory because he's the only one who can save the world. From Derek's perspective, though, the world's already badly broken; not only is Earth physically unrecognizable as the world his people left, there's orcs, vampires, and physics-defying magic.