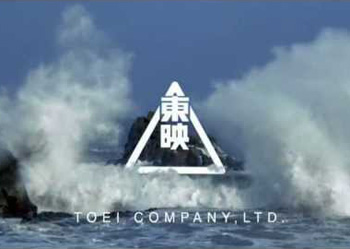 This show is brought to you by Waves and Rocks.
Advertisement:

is the Japanese film and television distribution company responsible for Kamen Rider and Super Sentai, well, existing. Founded in 1950, the company has gone on to provide several Trope Codifier series through both Toku and anime. They are the majority owner of Toei Animation and are thus also responsible for the likes of Dragon Ball and Sailor Moon.

Their logo with the waves crashing into the rocks was filmed at Cape Inubō in Japan.