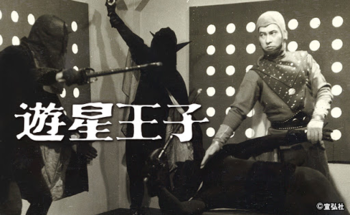 Yusei Oji is a Japanese tokusatsu superhero television series created by Masaru Igami and produced by Nippon Gendai and Senkosha, the series aired on NTV from November 4, 1958 to October 6, 1959, with a total of 49 episodes (divided into several segments). It was created to capitalize on the success of Shintoho's Super Giant movie series.
Advertisement:

Toei Company produced two contemporary films based on the series. A new reboot, Yusei Oji 2021, is to be released.