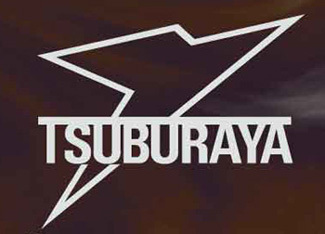 Tsuburaya Productions (円谷プロダクション Tsuburaya Purodakushon) is a Japanese television and film producer most famous for creating the Ultra Series. It was founded in 1963 by Eiji Tsuburaya, the Showa-era Godzilla movies' special effects wizard and founding father of Tokusatsu.

Developed from the Tsuburaya Film Technique Labs that Eiji Tsuburaya had set up in 1948 during his freelance period when he was not bound to Toho, the company's first production was Nikkatsu's Alone On The Pacific (1963). Providing several miniature scenes for the film, they eventually produced Ultra Q (1966), easily the most expensive production in Japanese TV history until its more famous sorta-sequel Ultraman (1966). For a period in the 90s and 2000s, the company also assisted in the production of multiple anime, including Case Closed, Beast Wars IInote specifically, the Lio Convoy in Imminent Danger! movie with Toei Animation and Martian Successor Nadesico.

Although Tsuburaya Pro. is widely seen as being under Toho and Toei in terms of tokusatsu popularity and output, they can lay claim to a number of notable achievements (asides from creating the Ultra Series):

Tokusatsu fans have observed that Tsuburaya's effects work has been at least 5 ahead of Toei since at least the 1970s, with Tsuburaya adopting new camera technology, digital video, and HD filming years before Kamen Rider and Super Sentai respectively did. However, as mentioned above, the two have a working relationship.

Tsuburaya's history has been plagued with rather bizarre legal troubles. One student of Eiji Tsuburaya, a fellow from Thailand named Sompote "Sands" Saengduenchai, allegedly stormed into the offices of Eiji's son Noboru around the time the company was going through financial troubles and demanded the foreign distribution rights for the first six Ultra Series and Jumborg Ace, using them to produce the notorious Hanuman vs. 7 Ultraman and Jumborg Ace and Giant. Noboru granted him them, however the story gets very shady from there, with allegations of document forging and other things which might get too heated to discuss here. Fortunately, it was finally resolved in 2018, with Tsuburaya Productions winning the distribution rights back

In March 17th, 2021 Tsuburaya announced a Japanese-only streaming service "Tsuburaya Imagination" where every Ultra Series installment along with other series and movies produced by them and literature, manga and American comics based on their properties will be available to watch and read alongside exclusive new miniseries. Luckily, they also offer the overseas equivalent of Tsuburaya Imagination, called "Ultraman Connection."

The company is currently co-owned by Bandai Namco Entertainment and Fields Corporation.

, and before you ask, it's the real deal.

Tsuburaya Productions and their works provide examples of: