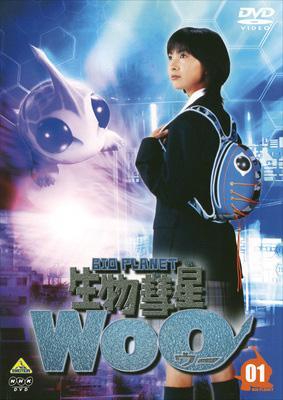 Bio Planet WoO (生物彗星WoO or Seibutsu Suisei Ū; literally "Living Comet WoO") is a "kyodai" (giant hero) themed tokusatsu that premiered April 9, 2006, and airs at 7:30pm on NHK and ran for 13 episodes. WoO was one of many unused ideas created by Eiji Tsuburaya as a story connecting to the show Ultra Q.

The story revolves around a creature named WoO, which came from a comet. In the series, WoO is befriended by a young girl named Ai; both are chased by a mysterious organization called SWORD, which sees WoO as a threat to humanity. At the same time, giant monsters have invaded in search of WoO. The story itself follows the original script Tsuburaya intended for the show.