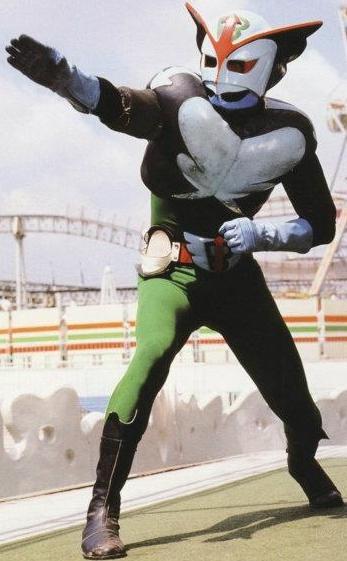 Choujin Barom 1 is a manga by Takao Saito (of Golgo 13 fame) that was notably adapted into a tokusatsu in 1972. It revolved around two children, Takeshi and Kentaro, two children given powers by a kind alien Kopuu to transform into the superhero Barom-1 to fight Cosmic Entity Doruge and his minions. More details below.