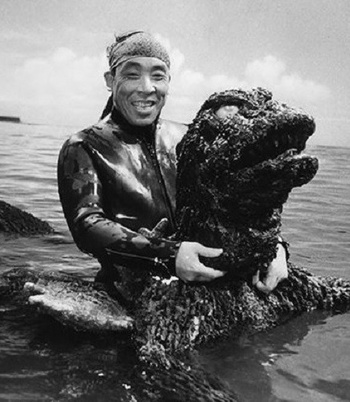 The original Man In A Rubber Suit
Advertisement:

His prominent role was Godzilla, the king of the monsters, starting with the 1954 film. Despite wanting to retire before becoming 50, Haruo Nakajima retired after playing Godzilla in Godzilla vs. Gigan. He would also play monsters in the Ultra Series before the death of the legendary special effects director Eiji Tsuburaya.