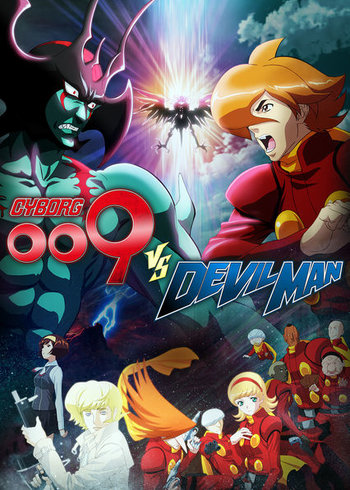 The OVA takes place right before the Final Battle against Black Ghost in Cyborg 009 and final arc of Devilman.

The 00 cyborgs and the Devilman cast crossing paths as a Black Ghost scientist by the name of Dr. Adams releases his "High-Teen Number" cyborgs as a threat, along with the appearance of mysterious demons in Tokyo.