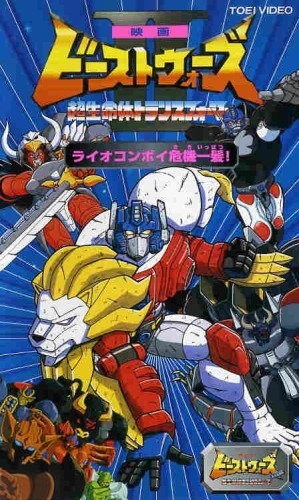 Beast Wars II is a Japanese Transformers spinoff from 1998, made to bridge the gap between the Japanese airings of the first and second seasons of Beast Wars. Crash-landed on Gaea, the vicious Predacons, led by Galvatron, and the heroic Maximals, led by Lio Convoy, battle for Angolmois energy. In general, it's a more lighthearted show than Beast Wars, and was followed by a follow up series, Beast Wars Neo.