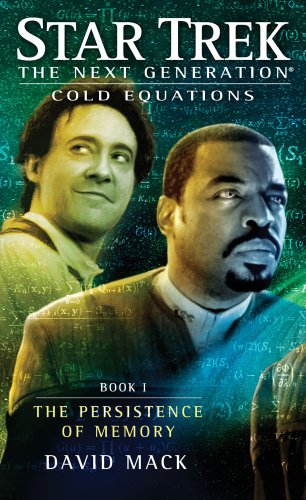 A trilogy of books in the Star Trek Novel Verse, written by David Mack and released in October-December 2012.
Advertisement:

The three books are The Persistence of Memory, Silent Weapons and The Body Electric. They deal with the resurrection of the android Data, and his desire in turn to resurrect his daughter, as artificial intelligence causes multiple unrelated problems for the Federation.

The story of Data 2.0 continues in Star Trek The Light Fantastic.