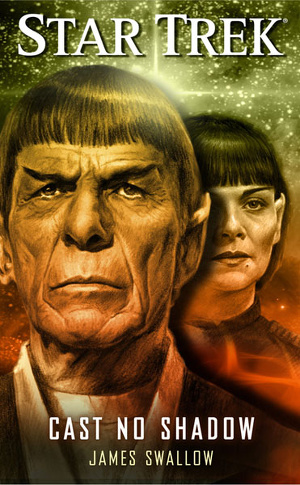 A novel by James Swallow, part of the Star Trek Novel Verse. Cast No Shadow is set seven years after Star Trek VI: The Undiscovered Country, and reveals the fate of Valeris in the aftermath of her conviction for treason.
Advertisement:

It also involves an attack by Kriosian rebels on a Klingon colony world, using a subspace weapon.