Literature / Star Trek: The Brave and the Bold 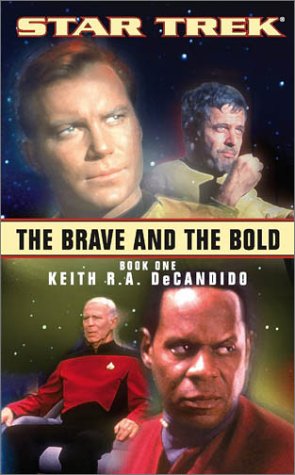 Two books in the Star Trek Novel Verse. A collection of five interrelated stories that feature team-ups between each of the series' regular characters and a guest crew from the continuity. The name is taken from the DC Comics series of the same name (which would also give its name to Batman: The Brave and the Bold). The stories are linked through the device of Sealed Evil in a Can Malkus the Mighty, and the deadly artifacts created for him.