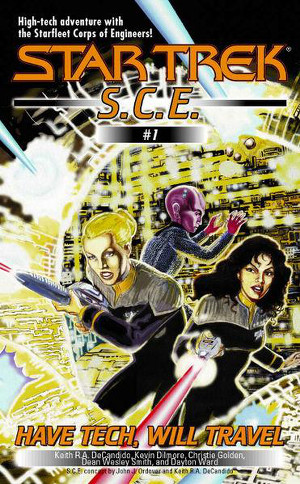 Despite the potential for the dreaded technobabble, the series, like much of the Star Trek Novel Verse, is focused on character and worldbuilding, so it isn't anywhere near as inaccessible as it might sound...

The paperback collections are as follows:

The characters of this series also have cameos in other Star Trek works, such as the novel A Singular Destiny and (briefly) Star Trek: Articles of the Federation.

Starfleet Corps of Engineers provides examples of the following tropes: