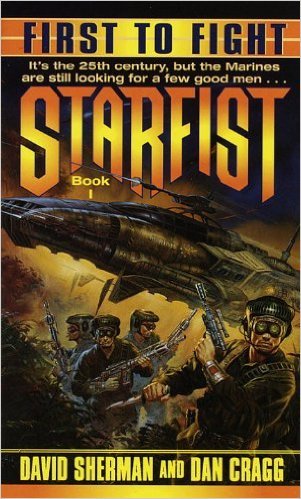 It is the 25th century, and mankind has spread across the stars. Combining into The Confederation of Human Worlds, it has already developed FTL travel, is able to have lost organs regrown, and can terraform almost any world, given a few thousand years.

Since both authors have served in the Army and Marine Corps., the action is as realistic as it can be, with down time shown as boring, tedious work that is hardly ever exciting. Projectile weapons are not as useless as one might think, though laser and plasma are the preferred choice for battle.