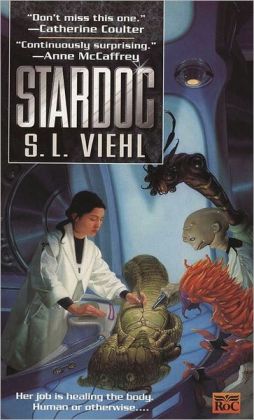 Stardoc and its sequels, collectively known by the title of the first book, are a series by American romance novelist S.L. Viehl that are best described as part Space Opera and part Medical Drama.
Advertisement:

The ten books in the series are:

Viehl's duology Bio Rescue and Afterburn, the stand-alone novel Blade Dancer, and several short stories are set in the same universe, and have some overlap in cast.