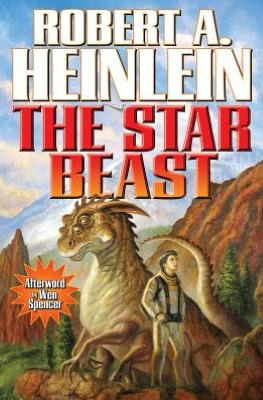 The Star Beast is a science fiction novel by Robert A. Heinlein first published in 1954. The novel, somewhat abridged, was originally serialised in The Magazine of Fantasy & Science Fiction as "Star Lummox" and then published in hardcover as part of Scribner's series of Heinlein juveniles.

John Thomas Stuart XI is a high school senior who discovers that his family's extraterrestrial pet is more than it appears to be. The eponymous Star Beast turns out to actually be a highly intelligent alien whose hobby is raising humans, namely the generations of the hero's family.