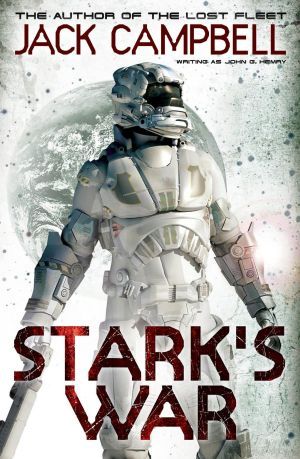 The series focuses on Ethan Stark, a sergeant in the United States military. The United States and its megacorporations control most of the Earth's resources, but the Moon is still up for grabs, and Stark is part of the expedition sent to press an American claim of ownership. This meets with stronger-than-expected resistance from factions fed up with American hegemony, and the protracted warfare which results isn't helped by the zero-atmosphere, low-gravity battleground. Stark's biggest problem, however, is the massive incompetence of his own side's officers, who are inexperienced, politicised, addicted to micromanagement, and completely out of touch with the reality on the ground. All Stark really cares about is looking after his own squad, but as the situation gets worse and worse, he's going to have to get political whether he wants it or not.