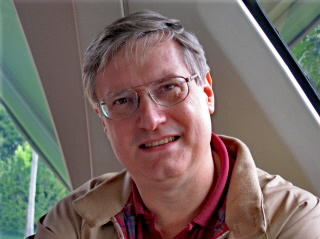 "Security is not a license for people in authority to hide tactics they would never openly admit to using."
Advertisement:

John Hemry is an American writer of Speculative Fiction, being best known for Military Science Fiction which draws on his experience as an United States naval officer. He wrote two series under his own name, the Stark's War and Paul Sinclair series. Poor sales had him resort to a pen name Jack Campbell for The Lost Fleet series; its success has lead to the reissue of his earlier work (with both bylines listed on the cover).

Works by John Hemry that have pages here: