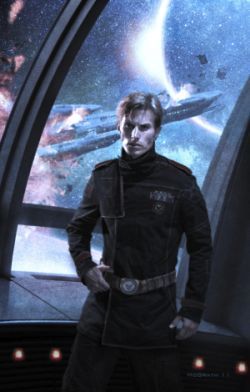 The Paul Sinclair series is a hard SF/courtroom drama series by John Hemry about Ensign, later Lieutenant (j.g.) Paul Sinclair in the United States Navy in space serving aboard the cruiser USS Michaelson, where he is the ship's legal officer. Each work revolves about a court martial that he becomes involved in.
Advertisement: