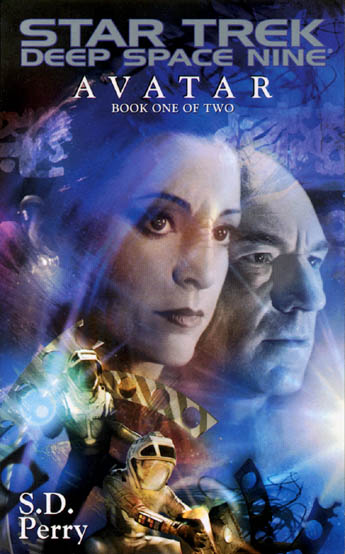 One of the most popular novel series in the so-called Star Trek Novel Verse. The Deep Space Nine Relaunch (not an official title, but it's known near-universally as such) continues the story arcs of Star Trek: Deep Space Nine beyond the show's conclusion. With a tight continuity and a host of new, complex characters to join the familiar faces, it's one of the largest series running within the Star Trek literary lineup. It should be noted that, as with all Star Trek novels, they aren't considered canon by the powers that be.
Advertisement:

The books published so far include:

The narrative then time-skipped ahead several years to the aftermath of the Star Trek: Destiny trilogy. Rather than continuing as a separate series of books, the story of Deep Space Nine and its characters became integrated into different crossover series.

In the aftermath of The Fall, the Deep Space Nine Relaunch resumed as a separate series of books:

With the premiere of Star Trek: Picard in 2020 and the subsequent ending of the Novel Verse, the Relaunch cross over with, and concludes in, the Star Trek: Coda Trilogy.

Furthermore, Star Trek: Deep Space Nine — A Stitch in Time and The Lives of Dax are often considered a part of the relaunch, if unofficially.

See also the Terok Nor trilogy, a prequel series with heavy ties to the relaunch. Another prequel of sorts is the Original Series novel Allegiance in Exile, which features the Ascendants, a race introduced in the relaunch.

Several stories in Star Trek: Starfleet Corps of Engineers are crossovers with this series. Its characters also make cameos elsewhere, including in Star Trek: Klingon Empire.