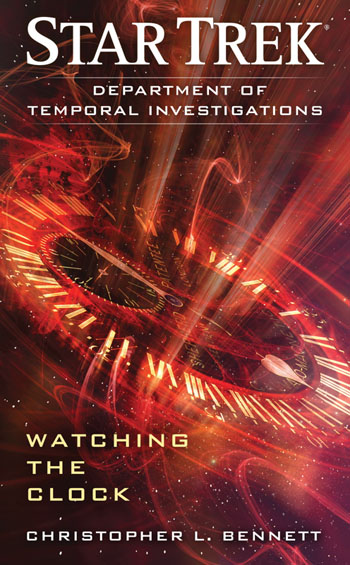 "We do this, Agent Garcia, for the same reasons we exist as an agency in the first place. Because time is vast and needs the vigilance of every eye that can be brought to bear. Because the priorities of the future may differ from those of the present, and someone needs to speak and act on behalf of our generation. And because, at the very least, we deserve to know what our uptime partners in the Temporal Accords are doing in the name of our defense. We deserve to have a say in it, to ensure that their methods to defend us do not go against the very things we stand for."
— Laarin Andos, Director, Department of Temporal Investigations
Advertisement:

Part of the Star Trek Novelverse. A Day in the Limelight for the titular Department of Temporal Investigations, which monitors the integrity of the timeline and protects the history of the Star Trek universe from attempted Cosmic Retcons.

The series was spun off from the Star Trek: Deep Space Nine episode "Trials and Tribbleations", the DTI's only on-screen appearance. The two characters introduced there, Lucsly and Dulmur, start as the main protagonists, but soon become only one part of an Ensemble Cast.